50th Anniversary of the President of Caucasus University

Due to the global epidemiological situation, Mr. Shengelia received congratulations and best wishes from his friends and partners from around the world online through video addresses.

After returning to Tbilisi, Kakha Shengelia received a doctoral degree in History from Iv. Javakhishvili Tbilisi State University and in Economics from Georgian Technical University. Mr. Shengelia served as the Dean of Caucasus School of Business from 2000; currently he is the President of Caucasus University.

Congratulations dear President! We wish you all the best of luck!!! 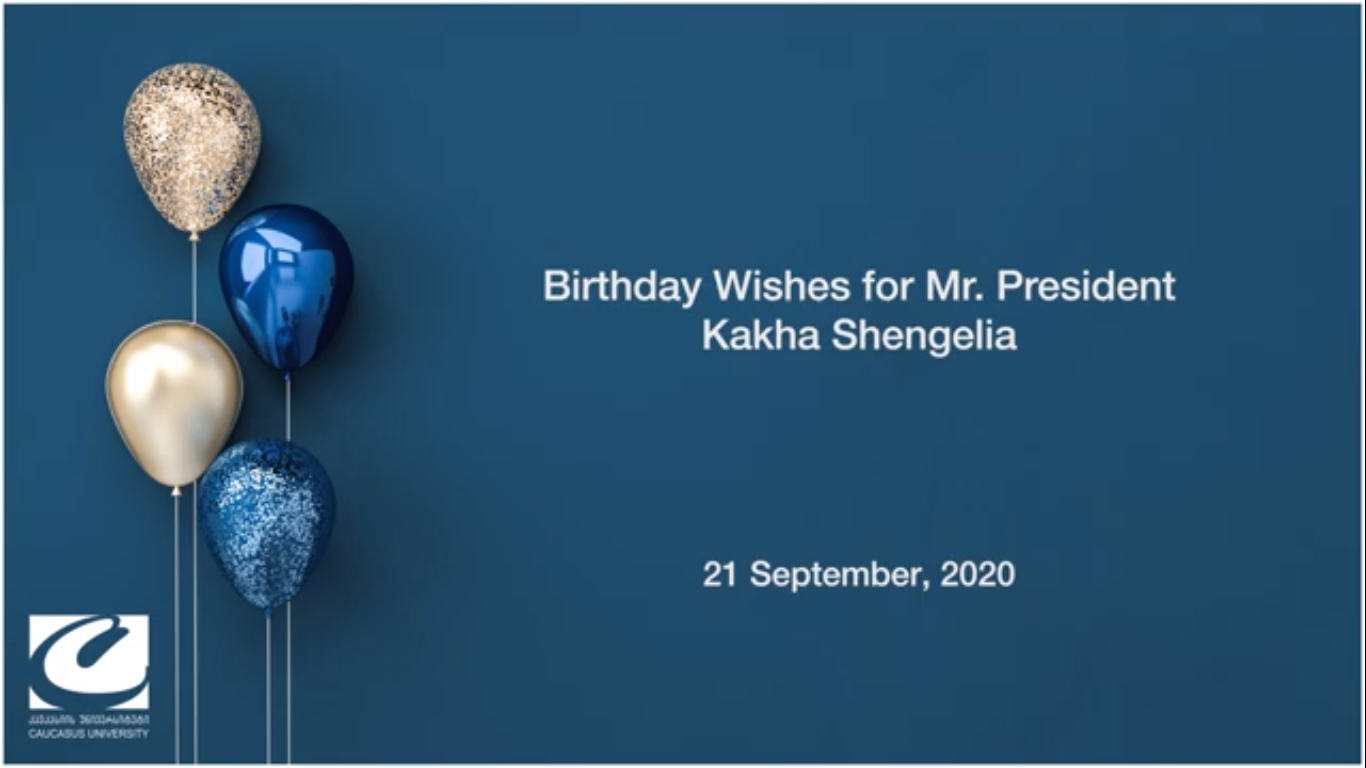