On June 30, a team of Caucasus University, Irakli Bitskinashvili, Tamar Shioshvili and Mari Sharadze participated in the mock trial by New Vision University.

With the support of Caucasus University, the team was intensively coached for one month by trainers: Lela Basilaia, Giorgi Kilasonia and Giorgi Kharaishvili.

On the first stage of the competition, the team prepared a legal opinion, which was considered the best work and awarded a prize by the law firm "Toradze & Partners".

The next stage of the competition was a mock trial in which the team received a prize for the best counter-argument, presentation and credibility.

Irakli Bitskinashvili became the best mediator on the final stage of the mock trial. 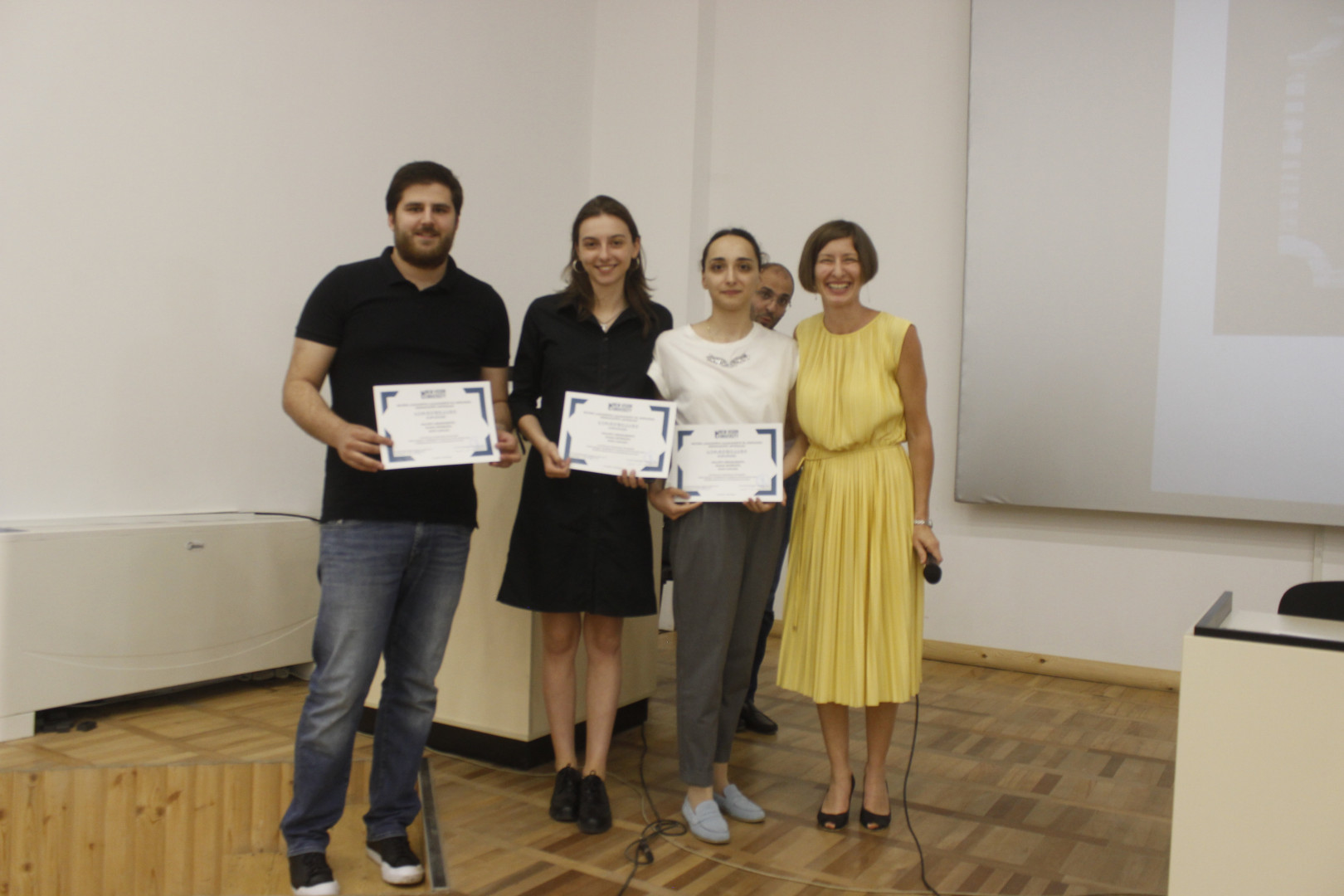