Third-year students at the School of Technology created robots

Students of the Caucasus School of Technology completed their third year with the creation of robots. Within the practical course of electronics, students have to create real projects. 5 groups were formed, consisting of 3 students. They assembled robots for various purposes and named them.

Consider each of them:

"Line Tracking Mouse" - this is a small robot that starts moving on the applause and follows a predetermined route;
"Hexapod Monster" - a robot with six legs, working on sensors and retreating in case of resistance;
"Escape Robot" - has almost the same features as "Hexapod Monster". In motion he perceives obstacles and does not collide with them, can turn to the right, or in extreme cases retreat;
"Voice Control Robot" - absorbs noise through a built-in microphone and therefore moves through the sound;
"Ultrasound Scarecrow" is a small device that works with a laser and scares animals;

According to Electronics Lecturer Juansher Jejelava, it was quite difficult for students to create real projects because they seemed abstract at first, but they did some practical work with the theoretical course and were so excited that they spent many nights working on the project. 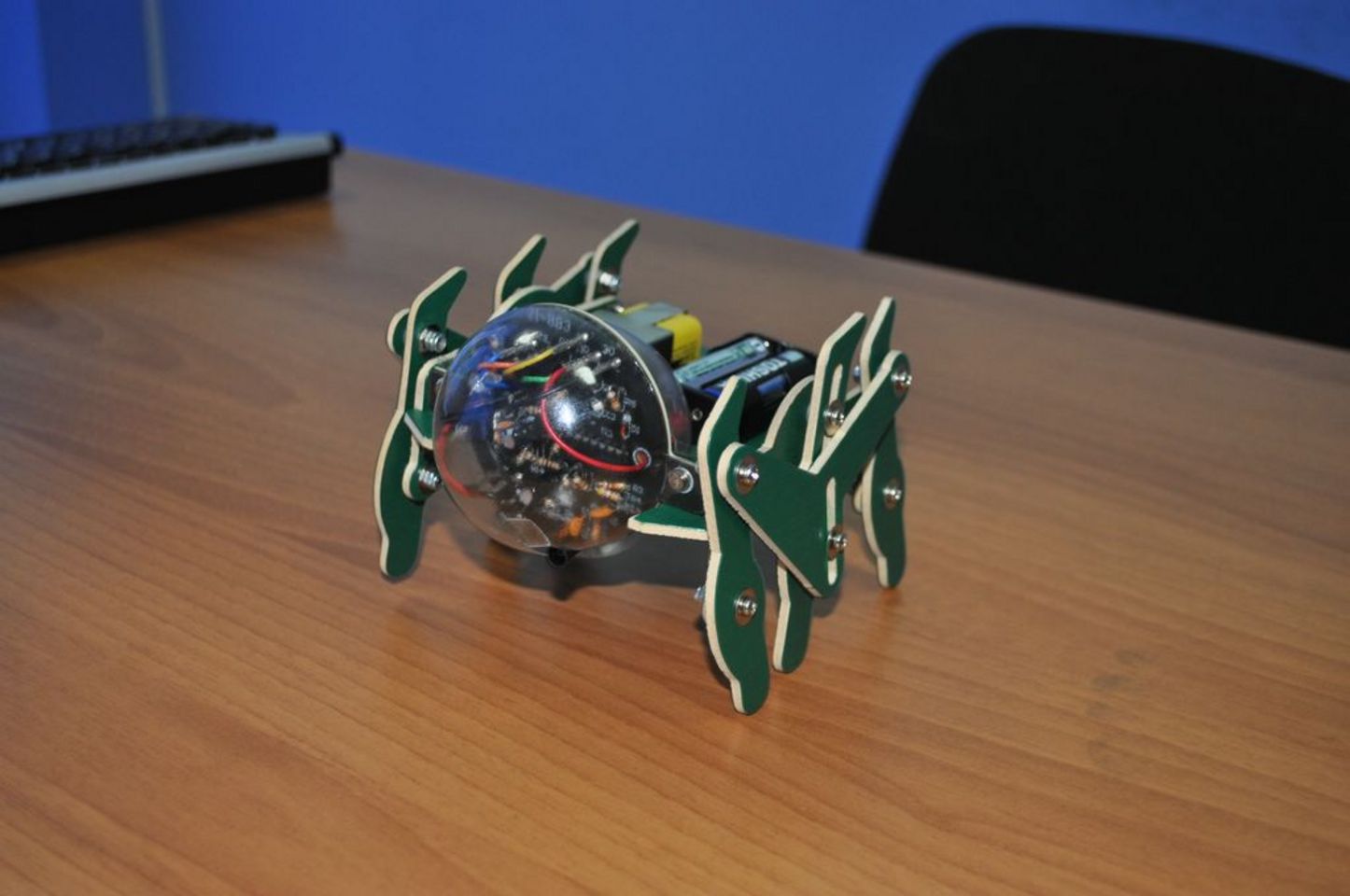 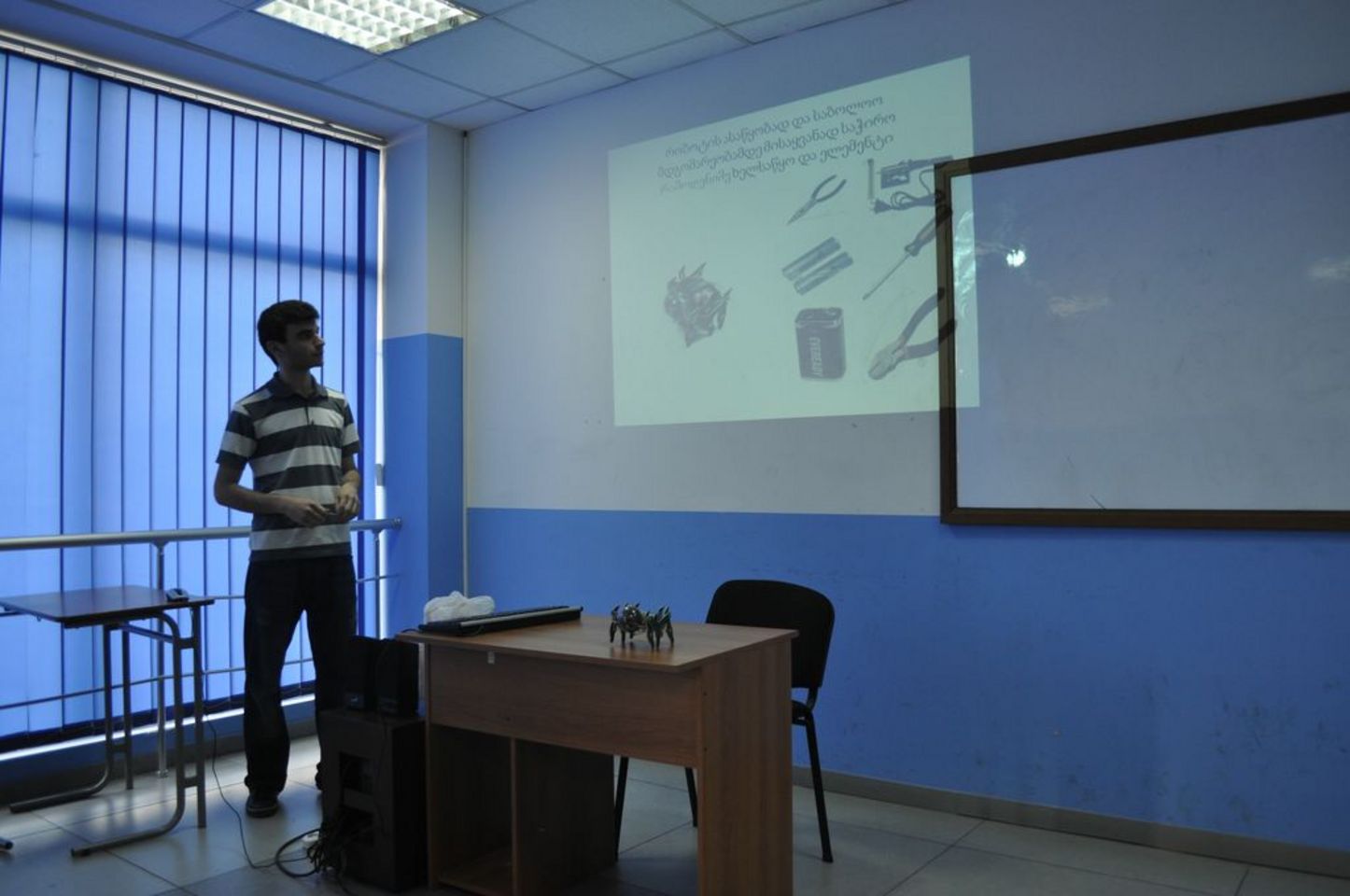 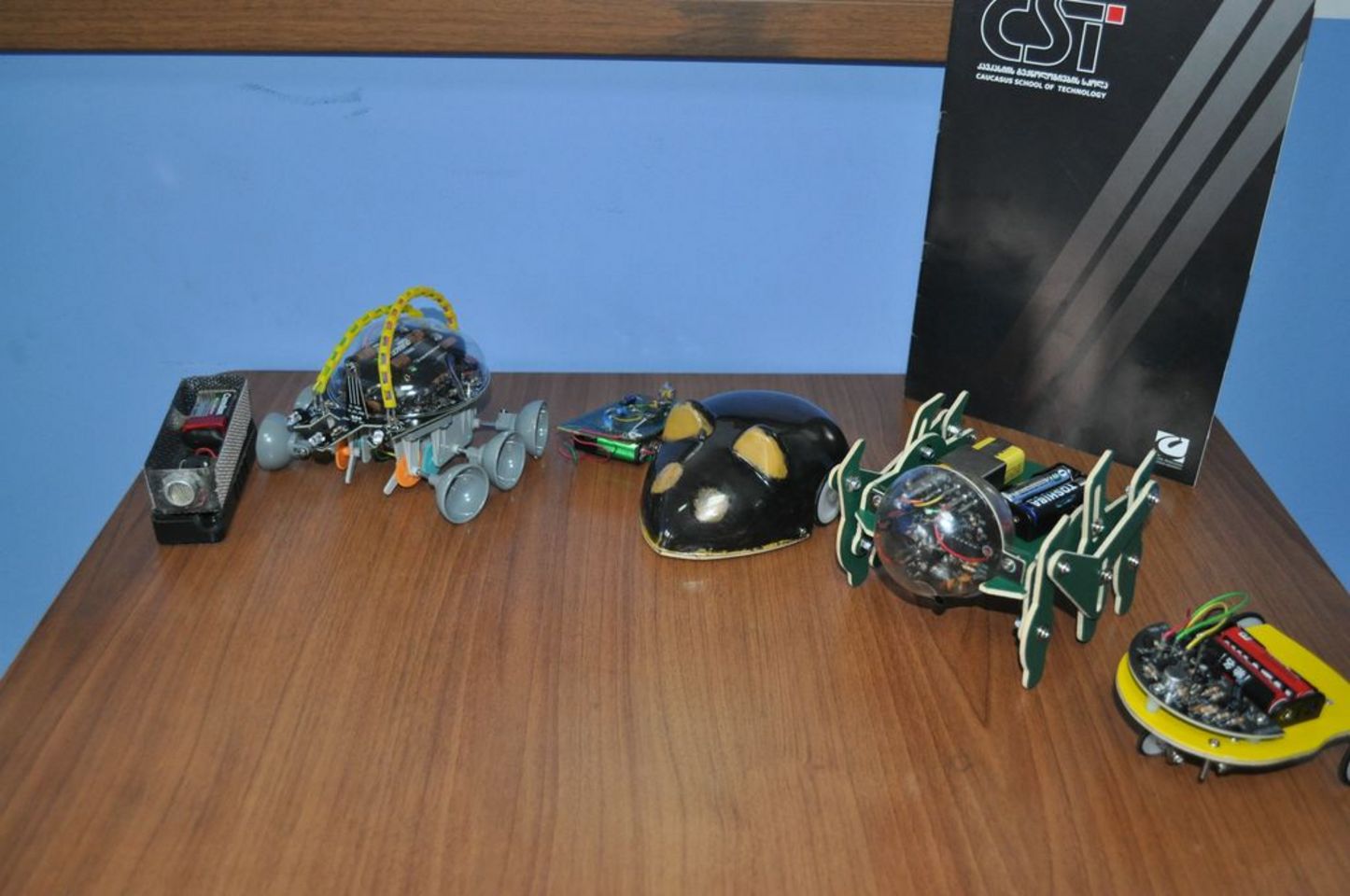 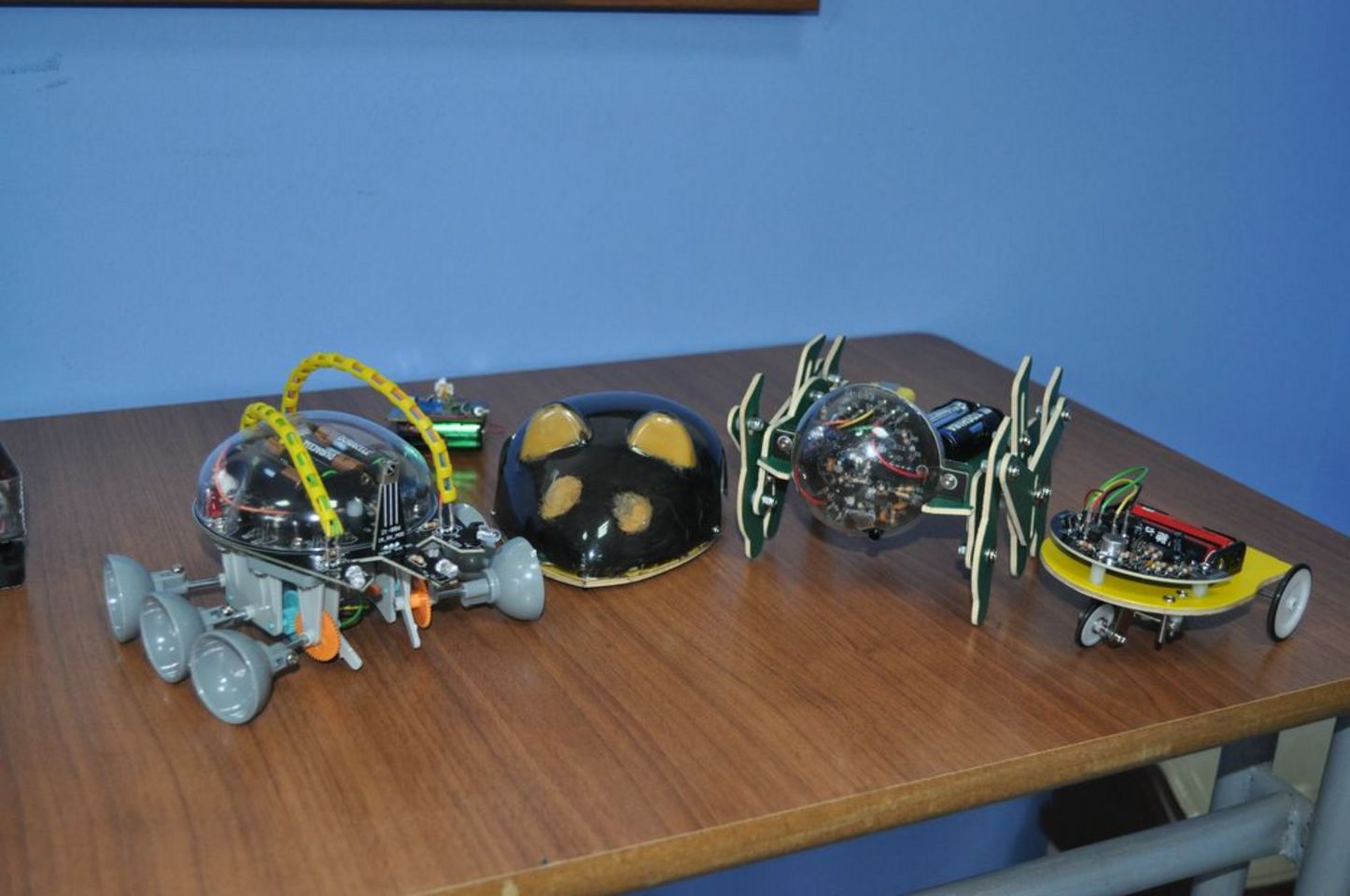 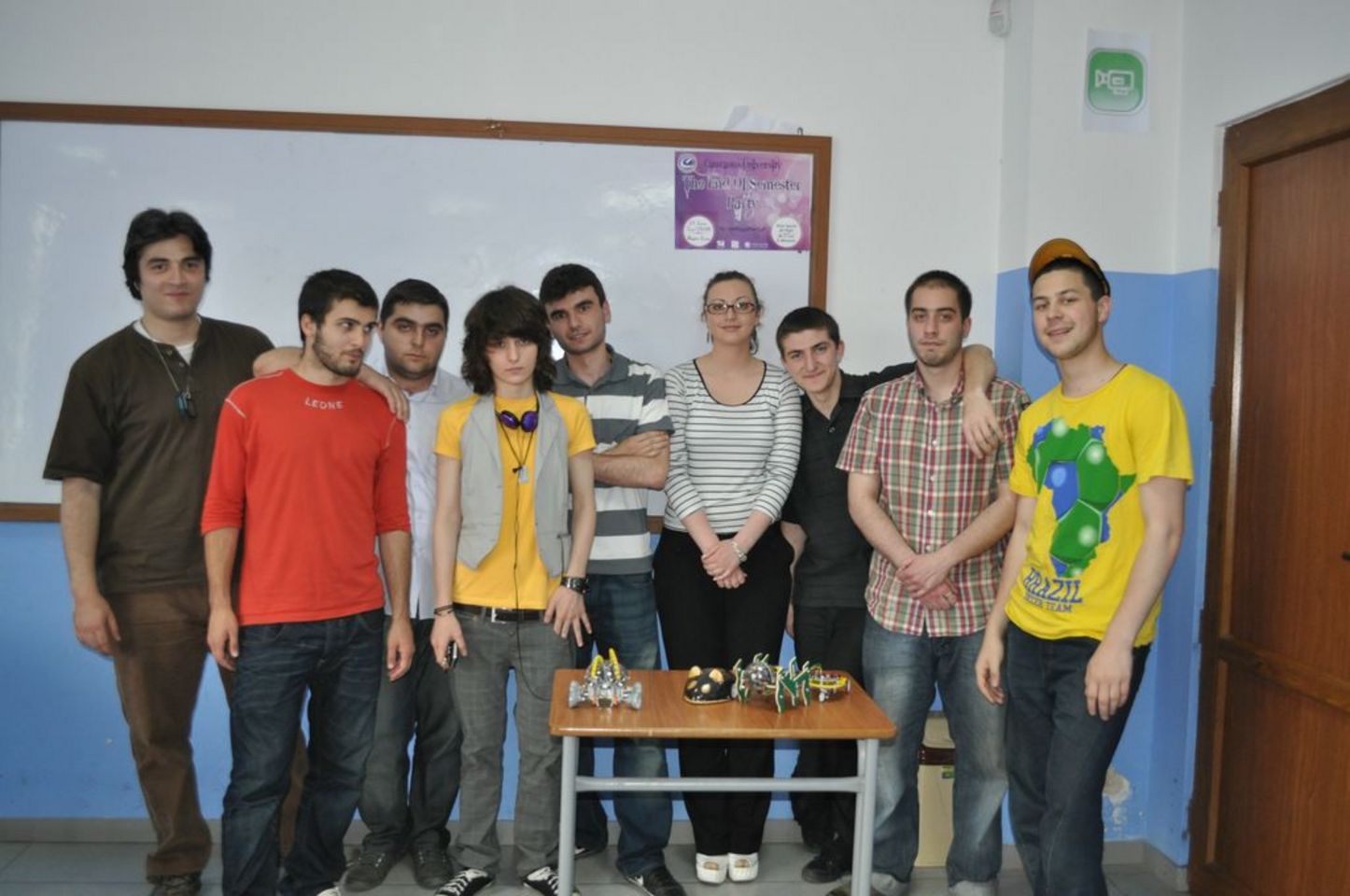